Review of The Cut-Out Girl (Random House: 2018) by Caroline Woodward 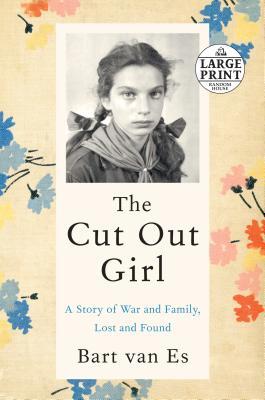 This book opened my eyes to the horrific experience of Jews, and especially Jewish children, in World War II Holland. We have all read The Diary of Anne Frank but this book puts the context of Occupied Holland into place, the big picture, the role of the churches, the police, informers, and the resistance.

The very fact that 80% of Holland's Jews were murdered, more than any other European country including Germany and Austria, is staggering. The vulnerability and loneliness of children whose parents had to do the hardest possible thing, give them away to save their lives because they knew they'd likely lose their own lives sooner than later, is in some ways, even worse than the stories of Barnardo children, many of whom were orphans living in poverty, not a loving extended and immediate family. Most of these children were ripped from loving homes and hidden in claustrophobic attics and cellars and rooms which were glorified cupboards. They were taken away by incredibly courageous Dutch people who relied on their trusted networks of fellow university students or Dutch Socialist Party (somewhat like the Labour Party in the UK or the Co-operative Commonwealth Federation, the forerunner to the New Democratic Party in Canada) members or their professional associations to help with transportation and hiding places. Informers were everywhere and were being paid the princely sum of 7.50 guilders per Jewish person to bring them to the attention of the Dutch police.

The story is beautifully written by a professor of English literature at Oxford, Dutch by birth, whose own family hid Jewish children and adults during the war, as many farmers did. Farmers could grow food and could manage to feed people even as their supplies were regularly ransacked by the German army. The structure of the book may challenge people who need a straightforward linear sort of book but for me, it greatly enriched the story. I learned about Lien, a beautiful and bright child, who was spirited away when she was eight years old. Her education is interrupted, her hiding places and friendships and personal growth stop and start and block and blossom. She learned to numb herself after crying many, many tears because she missed her mother and father so much. The book follows Lien's journey, from catching tadpoles in the stream with another little boy to being over-worked and underfed by an awful family and even worse. The ending is hard-won and happy, I can say without it being a spoiler, because this is not escapist fare. Keep reading!

Lien's chapters are interspersed with chapters about the author's method of conducting research, going to all the buildings and all the villages where Lien was hidden. Other chapters detail the role of the "blindly co-operative Jewish Council" who handed over their register of all Dutch Jews and their addresses to the Nazis and of the Dutch Reformed Church who sat on their hands and were utterly complicit with the Nazis whereas the Catholic Church made a public statement to all their church-goers decrying the rounding up and transportation of Dutch Jews including many who were actually among the congregations as they'd switched over a century earlier. So, history, research and Lien's story are woven together to create this book and it is hard reading (my mother was Dutch) but the humanity shines through. Lien becomes a wonderful human being, despite it all, a lesson to us all.
Posted by Caroline Woodward at 6:20 PM No comments:

So begins Roy Breen’s introduction to life in a small village in the West Kootenays, to the love of his life, to witnessing inspired community resistance to centralized decision-making and, fortuitously for them all, his new employer. While covering stories of all descriptions for the Mountain Echo, Roy Breen recovers from a hectic fifteen years as a Vancouver reporter. He’d paid his journalistic dues there only to be shunted away from a City Hall beat promotion by a lesser-paid cub reporter, no thanks to a change in ownership in the leaner, meaner millennium. Fed-up with this corporate treatment, Breen quits and heads to the British Columbia Interior where he was born and raised.

He and his cat spend some quality camping time roaming through four of B.C.’s six mountain chains before ending up in an old silver-mining village beside a glacier-fed lake, remarkably resembling New Denver merged with Silverton. The lyrical valley and village descriptions will make many readers want to quit their own stuffy, city-trapped jobs and move there themselves.

The Mountain Echo, moreover, still pays its writers and actually employs a proofreader and fact checker, which along with reference librarians, have been dismissed by metro dailies in Vancouver and elsewhere. But then the odds of running into the main antagonists at the previous evening’s meeting en route to the village Post Office is much higher in El Dorado as well and the new reporter in town has to tread carefully and tactfully.

The first major issue is the shocking announcement that the El Dorado Hospital will be shut down within weeks. Vans arrive, in a startling display of efficiency from the centralized health authority, to remove vital X-ray equipment. But the villagers are resourceful veterans of blockade lines and have organized a telephone tree which loops around the communities dependent on the emergency ward, the doctors, the extended care wing for bedridden elders and volunteers arrive by the dozens and stay there round the clock.

We are introduced to the many and varied forms of peaceful resistance from individual hunger strikes to protest “crawls”, yes, not walks but crawls which are more commonplace in religious approaches by supplicants near cathedrals in South America, on their knees as they cross stony plazas. We go behind the scenes to understand how difficult it is for a level-headed co-ordinator to deal with highly individualistic types who threaten violence and sabotage and would thereby threaten the credibility of the entire protest. We also understand more about the conflict and ethical considerations of our reporter-narrator who has always tilted to the side of the underdogs and been reprimanded for it in the big city daily. But here he puts a writerly foot wrong once and is hollered at most profanely by the normally level-headed organizer herself, a statuesque beauty who is a natural leader in the community. We also get to meet the public relations bureaucrat from the regional health authority who must deliver the bad news about the hospital closure and he, as you might suspect, gets his comeuppance soon enough.

Throughout it all, Sean Arthur Joyce uses a light, deft touch for topics that could be heavily righteous slogging. His characters are completely 3-D and his dialogue is a delight to ‘hear’ as it is so realistic in its rhythms, which sets each distinct character apart from the next, no easy feat. The humour is gentle and tolerant and reminds us that when we live in a small community, the most sound advice would be: Let your words be gentle in case they come back to bite you. For a journalist, this means striving for fairness, depth and objectivity and not ‘piling on’ the blame in this era of rushing to often-violent judgement, propelled by self-serving, vindictive and ultimately irresponsible tweets.

The love story which unfolds is also a delight and we readers cheer on the middle-aged lonely hearts who are instantly attracted and find each other to be excellent company in the midst of the strife afflicting the villagers. The cafes in El Dorado serve great coffee, even if the wait-staff tend to editorialize the hapless new reporter’s latest efforts, and the mountain water is sublimely pure, the basis for all great coffee, lest we forget. Pack your bags and head for the West Kootenay mountains, especially the Valhalla Range, a copy of the big-hearted Mountain Blues nearby, best read aloud by kindred spirits en route, especially those in need of that special blend of glorious wilderness and resolutely alive, no-nonsense, ‘stand up to protect it or lose it forever’, community that beckons within its pages.

Posted by Caroline Woodward at 5:46 PM No comments: