Woodward On The Road

Today I sing the praises of the West Kootenays, that region in the southeast of British Columbia of narrow green valleys flanked by the Monashees, the Purcells, and the Selkirks,  and nestled within are the long deep lakes, Arrow, Slocan, and Kootenay. But even more than the comfort of its plentiful hotsprings and the charm of its turn of the last century architecture and bucolic farms and orchards are its people, the lively, loyal, creative, amazing people. 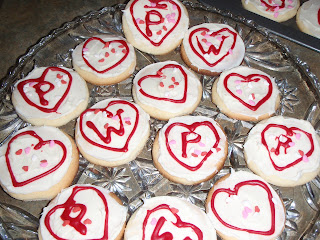 They do things with a different sort of camaraderie and celebration here in the Koots. A publisher friend responds to my praise of her garden by saying that she and three friends are spending three hours in each other's gardens: weeding, visiting, composting, whatever is required. What a gift at the end of each garden season, to have experienced gardeners arrive for a mini-work bee, in this case, a publisher, bookstore owner, glass sculptor and professional nursery owner with a past life as an academic administrator and professor.

I used to tell other writers on tour when I was a volunteer with the Kootenay School of Writing that practically everyone in the Kootenays is an artist, was an artist or will be one someday. I introduced Carol Shields to a shoe repair person and owner of a delightful new and second-hand shoe store who was a retired dancer from the Royal Winnipeg Ballet and they had a wonderful conversation. I explained to my sister, a bank manager, that my friend in a Nelson bank had just returned from a tour to Japan with the Nelson Bagpipe Band, of which she was a longtime member. That, of course, was some time ago but today, the villages of Nakusp, New Denver, Silverton, the rural centres of the Slocan and Kootenay valleys and the city of Nelson are buzzing with back alley galleries, live concerts, public lectures on the Art of Storytelling, to name just one topic, delight-filled independent bookstores and hundreds of other creative ventures.

I drove and walked around my beloved Kootenays, smitten with the orange and blue and green of it all, treated with love and kindness and wonderful hospitality by friends on my Fall 2010 book tour. People came out to listen to me read from my new novel, people I hadn't seen for many decades in some cases, and I marvel again at how the people in small towns and cities get out and show up at live arts events in such numbers.

In New Denver, where my husband and I founded and ran The Motherlode Bookstore from 1993-2001, 90 citizens showed up in the venerable Bosun Hall to cheer me on and even better, to respond to Mayor Gary Wright's brilliant auctioneering tactics by bidding for their names to be used in character roles (professional dog walker, Antique Junque Store owner, bird newspaper columnist, hero and villain, with Oolichan Books in The Village of Many Hats, in 2011 or 2012) and we raised over $850 for the New Denver Reading Centre! The bidding for the villain started at $50 and was a hotly contested role, eventually won by the Valhalla Community Choir director, Francie Oldham, and yours truly had foolishly offered to match funds, fearing the good citizens would be reluctant to see their good names besmirched in a 3-D book for all to read. Quite the opposite occured with a bidding war so this is what I mean, people do things differently in the Kootenays. They gang up and organize and work hard and support each other. Everyone applauds and 'gets it' when people do creative work. There's very little of that snooty Canadian attitude in these joyful valleys, no 'Who Do You Think You Are?' looking down the long nose at dancers and painters and bagpipers and writers.

One last anecdote for now: my dear friend and writer, Rita Moir (Windshift (D&M)most recently) organized the Vallican Whole reading and her partner, Dan Armstrong is a blacksmith (appropriately monikered for such an occupation). Gentle Dan made cookies for my reading at the Whole inbetween pounding out a massive set of railings on the forge. They were sugar cookies, bedecked with pink icing and little sprinkles, with hearts on them and the initials P for Penny and W for Wade, to salute my characters in Penny Loves Wade, Wade Loves Penny (Oolichan Books). Does it get much sweeter than this on a book tour? Nope!
Posted by Caroline Woodward at 9:07 AM No comments:

October 3, 2010, Estevan Point Lighthouse, 82 Alpha on the VHF
Latitude: 49 degrees 22 minutes 58.7 seconds North
Longitude: 126 degrees 32 minutes 38.4 seconds West
Digital location, interestingly, varies slightly but for those with functioning GPS systems, we are at Latitude 49.382972 and Longitude 126.544028 OR Latitude 49.383333 and Longitude 126.543333.
These are just a few of my new words, new to me since my intrepid middle-aged partner and myself, a woman of a certain age, decided to have at least one more major adventure, fleeing our busy word-obsessed careers in the sales and marketing of books. Now we are lighthouse keepers, an archaic profession to some, but to me, a wonderful blend of the old and true and the scientific and new.
Every lighthouse (the bureaucratic word is ‘lightstation’ but as you will discover, I prefer Bookman Old Style font and people, real and fictional, whose actions exemplify virtues like loyalty, kindness and courage and I like good, solid words or interesting new-to-me words from obscure professions or other language origins. I make fun of plodding words, dull taupe prose by any other name. Even my Yankee spell checker within the mysterious innards of this computer snorts red at the strained functionality of ‘lightstation’.) are you still with me? Every staffed lighthouse has its origins, its raison dètre, and I enjoy discovering the history, the geography, the natural endowments of plants, sea life, creatures big and small, and the hazards inherent in each site.
Estevan Point Lighthouse is north of Tofino, B.C., Canada, on the west coast of Vancouver Island. It was built in 1909 of cement, with flying buttresses supporting the tower. There are 147 steps to the cupola (another new lighthouse word) where the light turns round and round 24/7. On the guard rail around the cupola walkway, two webcams are attached, blankly gazing southeast and northwest. I want to reach over and make rude gestures but I’m a professional light-keeper now and that would be juvenile and rude, however tempting and fun it would be to do. I cannot imagine how encrusted with salt spray and bird crap their lenses must be but I have received no orders to clean them. What interests me most is the sun recorder attached to one guardrail, a glowing glass ball in the grips of a metal attachment that makes me think of the word ‘sextant’ (even though I know it isn’t one) as in Rhyme of the Ancient Mariner or something that Captain George Vancouver would have had near at hand when he was charting this massive island. I remove a sun card every evening and insert a new one to, so that this instrument can measure the sunlight. You heard right. The sun’s rays pass through the glass ball and scorch a path which can be measured to the tenth of an hour by someone like myself, who does the measuring with a transparent plastic graph and who enters the data into the computer.
We are able to measure the day’s minimum and maximum temperatures and the humidity by looking at the thermometers housed within the Stevenson screen. Robert Louis Stevenson’s grandfather, indeed, a number of the men in his Scottish family, designed and built lighthouses in the 1800’s. This free-standing enclosed unit, with louvered wooden slats allowing air but not rain to flow in, is another of their inventions.
There is a wind anemometer sensibly placed on the lighthouse tower sending its data on wind speed and direction to a display device housed in the warm and dry radio room where we give our seven daily weather reports. We are able to see the pattern of violent gusts, from 5 knots to 36 knots in a heartbeat, or to watch a steadily building northwester coming at us. Most lighthouses have a precipitation gauge and Estevan also has a barograph with graph sheets that we read and report on at every scheduled weather report radioed in between 4:40 a.m. to 10:40 p.m. We also call in weather specials when conditions have measurably worsened since the last report, posing a hazard to mariners and/or aviators.
The resident keepers, who are taking their annual holiday leave, have a separate contract from the usual weather data collection and Jeff, my husband and Principal Keeper, is carrying on with their once-weekly task of collecting air samples. A computerized link-up from the equipment here at Estevan Point to the central agency in Ontario allows for a continuous flow of data, augmented by flasks of air shipped out whenever a handy Coast Guard helicopter with space happens to be flying over us. This is all about measuring greenhouse gases. At some lighthouses, like Egg Island, Entrance Island and Nootka, to name three we have worked at, sea samples are also collected daily, for temperature measurement and salinity levels. I find all of this quite fascinating and I am investigating taking oceanography courses online this winter. Because of our extreme marine weather and climate conditions, lighthouses are perfectly situated for all the keepers on all 27 staffed lights on this coast to collect much more data on the state of our oceans and our atmosphere. So I will close this blog with an even earlier, historic incident at Estevan Point Lighthouse, which plays with the notion of truth, reality, propaganda and whose words are censored and why this is so.
Estevan Point once housed over forty people during World War II and was, according to some, shelled by a Japanese submariner with terrible eyesight because the bombardment failed to hit a single building, let alone one of the tallest lighthouses in Canada. It is a much-disputed attack, widely thought to have been a hoax perpetrated by the Allies to spur on Canadian volunteer enlistment, much like The Day the Nazis Invaded Winnipeg street theatre, documented on film. I’d love to know how many idle deck hands on the BC coast or under-employed farm hands in Manitoba signed up.
On words,
Caroline Woodward
Posted by Caroline Woodward at 8:31 PM No comments: